The trade edition of Cave Birds was published on the 2nd of September, 1978; that of Remains of Elmet in April 1979; and of River in September 1983. In 1988 I completed my doctoral thesis on the alchemical structure of these three sequences and some time in 1992 Christopher Reid, who was at that time Hughes’ poetry editor at Faber & Faber, read the manuscript of my book, Ted Hughes: The Poetic Quest, which was based on that analysis, and spoke to Ted about it. On the 18th of August that year Hughes wrote to me that “reading your book galvanized Christopher Reid into publishing Elmet, Cave Birds and River as a single volume”. He also said that for this new book he had deleted some poems and revised others2. Three Books was published in 1993.

In that same letter, Hughes went on to say that Faber would now do an expanded edition of Remains of Elmet with more photographs and more verses “mainly from other books – poems about that region, simply”. Elmet was published in 1994.

In conversation with me shortly after Elmet appeared, Hughes, in his usual generous way, expressed concern that his alteration of the sequencing and the content of both Remains of Elmet and River might negate some of the ways I had interpreted the sequences in my book. He was also anxious to know what I thought of the new Elmet, which was very similar to the sequencing and poems he had chosen for Three Books, and whether the changes bothered me. I replied that I thought Elmet was quite different to Remains of Elmet: that he seemed to have had a quite different purpose for it, and that in it he seemed to be laying something to rest, completing something. I remember commenting that the final photograph in the new book, with its large, carefully placed graveyard cross, was like a benediction: R.I.P. Hughes’ response to this was a heart-felt sighed “Yes!”3.

That Hughes’ purpose and his choice of poems and sequencing changed between the original trade editions and the later publication of Three Books and Elmet was not surprising. Cave Birds, which step–by–step followed the stages of an alchemical process and which was put together, as Hughes told Roberts and Gifford, “as deliberately as a clock”4 , remained unchanged in Three Books, but whilst there was an underlying, transformative, alchemical theme in Remains of Elmet and River, the alchemy was in the poems and the photographs themselves and in the cyclical patterns of nature. Ted still chose the first and last poems of the new sequences with his customary care, and often, especially in River, he paired the poems so that a ‘downbeat’ poem (to use his own terminology) was immediately followed by an ‘upbeat poem’. The ethereal beauty of ‘Ophelia’5 ,for example, counters the physical horrors described in ‘1984 On ‘The Tarka Trail’ ’6.

This careful concern for the balance of energies in his sequences is apparent, too, in the letter Hughes wrote to Christopher Reid when he first began rearranging the poems for Three Books. ‘Be a Dry-Fly Purist’, which beautifully conflates a particularly controlled method of fishing with the careful process of capturing poems, was to have been followed by ‘Stealing Trout on a May Morning’, which, Hughes wrote, describes the “poacher’s approach”. So, the deliberate, socially required, learned precision, which is the theme of the first, was to have been balance by the earthy, natural, instinctive energies of the second. “An all rounder”, in fishing and poetry, Hughes commented, “has to be master of all the methods that produce the goods and the thrill”7 . In the end, the poem which followed ‘Be a Dry-Fly Purist’8 in Three Books was ‘A Rival’9 ,which describes not a human poacher but a creature of Nature responding to the demands of Nature – a cormorant, a raider, a programmed “massacre–machine”. No human poacher could match its in–born skill, and that Hughes should have considered it ‘a rival’ also suggests much about the way he viewed his own raids on the river of his subconscious when he was writing poems.

The River sequence in Three Books begins, in ‘Salmon Eggs’ 10, with a natural prelude to birth and renewal, rather than with the artificial human intervention in this process which is described in ‘The Morning Before Christmas’ 11. The poems no longer follow the cycle of the year, nine poems have been dropped and thirteen added, seven of which were previously unpublished. There is less light and magic and more darkness in the River sequence in Three Books but still it ends with the uplifting blessing and enlightenment of ‘That Morning’ 12, which, as the final poem in the book would have been chosen by Hughes with special care.

The changes between the original sequence of poems in the trade edition of Remains of Elmet and the sequences in Three Books and Elmet are more radical. Eighteen of the Remains of Elmet poems were dropped and the sequence was substantially re–ordered for Three Books. This re–ordering remained largely intact for Elmet but eighteen poems (fourteen from earlier books and four previously unpublished) were inserted, together with a number of new photographs. Only four photographs were dropped.

The reason for these changes, and for the very different moods and purposes of Remains of Elmet and Elmet, are apparent in letters which Ted wrote to a number of his friends. Before beginning to work on Remains of Elmet, Hughes wrote to Fay Godwin about the changes in the landscape of the Elmet area and of the way the “primaeval reality of he region” was “taking over again” as the people of his mother’s generation and everything about their history and their way of life died out. “If only some of that could be captured in photographs”, he wrote. And he also wanted to capture something of the feeling of freedom he had felt when hunting on the moors with his older brother, Gerald,: “something”, as he said, of that “great feeling that you were utterly free and alone”13.

Hughes was aware, however, that his own feelings about the area were problematic. “I know I do have an immense amount locked up in all that”, he told Godwin. “At times it is overwhelming when I try to release it”. And writing to Glyn Hughes shortly after the publication of Remains of Elmet, he was even more blunt about these feelings, describing them as “not quite hatred but something pretty sour”14 . Later, writing to Ben Sonnenberg, he described how, digging down through his own “strata” as he wrote the poems, he had found “dislike, dread, even hatred”, and so he had “skidded off” and “borrowed” his mother’s feelings, which were, “more suitable” for what he wanted from the book. His mother, he said, “had the right tribal allegiances to the Holy Ground and the magical dead”15.

Hughes was well aware, therefore, that Remains of Elmet grew mostly from “what my mother felt about it [Elmet] when I was about 5” 16, and he knew that he had shelved his own mixed feelings about this place in which he had lived the early, most formative years of his childhood. He told Glyn Hughes that he had been thinking he ought to write “something supplementary” in order to remedy this. And in his letter to Ben Sonnenberg in 1981, he said that he would like “to try seriously, before time overtakes” to deal with his own feelings about Elmet17. Elmet, with the re–ordered poems and photographs, and with the inclusion of many more personal poems about himself and his family, was his attempt to do this.

Yet, the process of rewriting and re–ordering the poems was not easy. In June 1985, Ted wrote to Keith Sagar, “The rewriting had been head–in–sack drudgery. It is the sort of book I should have written in my twenties, when my feelings about the place were still innocent and unspoiled and fairly simple”18. And in a letter to Leonard Baskin on August 15th, 1984, he described rewriting Elmet as “a brick wall style project. The brick wall being the door to the family tomb, I suppose.”19. “Everything that dies”, he went on, “is a goblin that carries away pieces of your brain”. And for the artist, the only cure for this “lobotomy by bereavement” is “resurrection, release of the goblins, reclamation of the goblins”.

No wonder Ted’s relief when Elmet was finally published was clear in his response to my comments on the final photograph. Yet, although he once described Elmet as his “definitive Calder Valley collection”20 , he was not happy with it. Looking back on the re–writing shortly before he died, he told Keith Sagar: “Of Elmet’s three orderings [Remains of Elmet, Three Books and Elmet]: only the first works! That was Fay’s – with maybe a nudge or two here and there from me”. He was aware that his own aims and Fay’s style of photographs changed between the publication of Remains of Elmet and Elmet, and “because of the coming and going” he “never got the text, let alone the order of it” that he wanted. “I feel”, he wrote, “that I let Fay down, somewhat, except for that first time round”21. 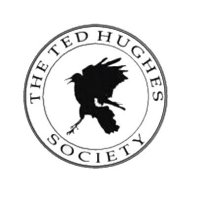 © Ann Skea 2021. For permission to quote any part of this document contact Dr Ann Skea at ann@skea.com