There is currently no official biography.

Three unofficial biographies have been published. All contain some factual errors. Ted Hughes’s sister, Olwyn Hughes, has pointed out and corrected the errors in two of these and her notes are in the Ted Hughes Archive at Emory University Atlanta, Georgia, USA. These two books are:

The Letters of Ted Hughes, edited by Christopher Reid, (Faber & Faber, 2007) contains many letters written by Hughes to family, friends, scholars and others. These provide a vivid insight into Hughes’s life and character.

Articles published about Hughes include:

“What time of day were Hughes and Plath married? As an astrologer, I would like to cast the chart for their wedding to see if it sheds light on their marriage”. ‘A Pink Wool Knitted Dress’ (THCP 1064). Notes. 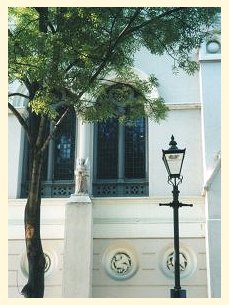 Hughes and Plath were married at the Church of St. George the Martyr, Queen Square, Holborn, London, on ‘Bloomsday’, 16 June 1956. The time of their marriage is not known, but the poem, ‘A Pink Wool Knitted Dress’ (THCP 1064) may offer some clues. There used to be a law in England that prevented marriages from taking place in the hours between sunset and sunrise. Whether this was still the case in 1956, I do not know. However, in the poem Ted says that sexton was “requisitioned” as Best Man although he was about to take children on a visit to the London Zoo. The Zoo is not far away, and the opening times in summer are 10am to 5.30pm, with the last entries one hour before closing time. So, it seem likely that the wedding took place between 10am and 3pm. 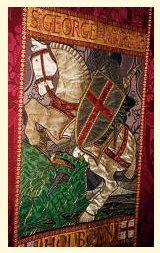 The Church of St George the Martyr is also ‘St George of the Chimney Sweeps’, as Ted calls it in ‘The Pink Wool Knitted Dress’. Inside the church there are two nineteenth century plaques, one reads: “A.D. 1834. Capt. JAMES SOUTH of Devonshire St. £1,000 consos for Christmas Dinners to Chimney Sweeps from all parts of London. & after passing of the Act forbid’g the employment of Climbing Boys. by order of Ct. of Chancery, to the maintenance of ST. GEORGE the MARTYR. Parochial Schools”. The other plaque is a memorial erected by the Trustees of the Charity to “the memory of James South Esq. late Captain in the 52nd Regiment of Foot. The benevolent Founder of the Chimney Sweepers Charity. He died May 10th. 1834. Aged 65 years”.

Generous as this benevolence seems, it perhaps exemplifies the sort of piety of which William Blake wrote so angrily in his poem, ‘The Chimney Sweeper’ (Songs of Experience). In the 1800s, Climbing Boys were children (apprenticed to chimney sweeps at the age of seven or eight) who climbed through the narrow, tortuous, maze-like chimney flues of London houses. Many died of suffocation. By the age of twelve, most had grown too big for this work and they were crippled, stunted and ill, often with cancer of the scrotum.

Great Ormond Street Hospital for Children is close to the church of St George the Martyr. It was founded in 1852 as a hospital for the treatment of poor children, many of whom would have been Climbing Boys paid for by charity. In 1929, J M Barrie, the author of the children’s classic, Peter Pan, donated the copyright of his book to the hospital.

“Where might I find photographs of Ted Hughes for use in my book?”

The National Portrait Gallery in London has a number of photographs of Ted Hughes, plus a sculptured plaque by Leonard Baskin and a sketch by Sylvia Plath. You can view this collection in the ‘picture library’ on the NPG website .

“What is the origin of the quotation which Ted Hughes chose for the headstone on Syvia Plath’s grave?”

The quotation “Even amidst fierce flames the Golden Lotus can be planted”, comes from the The Adventures of Monkey, or The Journey to the West, written by the Chinese poet and author Wu Cheng’en (1500-1582) and can be found in the translation by Arthur Waley (Chinese Classics in English, Taiwan, 1981. CH II). Monkey hears of the Patriarch Subohdi who lives on Holy Mountain in the ‘Cave of the Slanting Moon and Three Stars’. 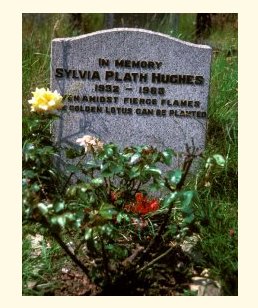 He seeks him out in order to learn the secret of immortality. In spite of Monkey’s recalcitrance as a pupil, the Patriarch eventually imparts this verse to him; it may be from the Tao te Ching or other Taoist teachings but it may equally well be Wu Cheng’en’s own composition:

To spare and tend the vital powers, this and nothing else
Is sum and total of all magic, secret and profane.
All is comprised in these three, Spirit, Breath and Soul;
Guard them closely, screen them well; let there be no leak.
Store them within the frame;
That is all that can be learnt, and all that can be taught.
I would have you mark the tortoise and snake locked in tight embrace.
Locked in tight embrace, the vital powers are strong;
Even in the midst of fierce flames the Golden Lotus may be planted,
The Five Elements compounded and transposed, and put to new use.
When that is done, be which you please, Buddha or Immortal”.

© Ann Skea 2008. For permission to quote any part of this document contact Dr Ann Skea at ann@skea.com


Return to Notes and Queries